It’s finally here! I’ve been waiting for this drama since the beginning of 2012, ever since I heard that Ming Dao was going into historical dramas. Ming Dao is one of the most versatile taiwanese actors I’ve seen. This is a lot better than that Lady Maid crap that’s playing in Taiwan right now. I’ve liked Ming Dao ever since he was in Legend of the Star Apple with babyface Achel Chang. This drama has take its sweet time to get to broad cast, but with Ming Dao, Chen Qiao En, and Luo Jin (another VERY good actor who did Mu Gui Ying Dai Shuai: Mu Gui Ying Becomes General) the acting should be top notch. 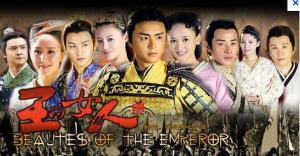