I liked this drama, but I can’t seem to fall in love with it. And I’m too busy to continue recapping it. There are good sites to watch the english subbed ones. Viki, for one, is a great site, google it. I do this with a heavy heart. But recent events have taught me that life is short. And I need to do everything to make sure that I feel that I’m doing something worthwhile. Schemes is a great drama, but it’s not rewatch-able for me. So thanks for staying w. me for the last few episodes. Have fun watching it on Viki! Or youtube it 🙂

END_OF_DOCUMENT_TOKEN_TO_BE_REPLACED

This is not a drama recap, it’s about real life drama.

So why traversing the web today, I came upon the name Jeremy Lin, the Knicks player who skyrocketed to fame from the last few games against Utah and New Jersey. I don’t watch much sports, and according to most of my friends, I couldn’t tell basketball from baseball even if a bat hit me in the face. They had to trick me into believing that we were going to do an anti-superbowl party to get me to come to a superbowl party.

END_OF_DOCUMENT_TOKEN_TO_BE_REPLACED

How does a woman’s touch change a man’s public image?  Ask Ella Chen. She made surly Jerry SMILE, and act like a six year old.  Before down with love, I pretty much thought Jerry Yan was just another pretty face. Intensely private and really not on my radar of actors. After this slightly too sweet drama I began to develop feelings for the overgrown man-boy. But I digress.

This drama is like a hooker with a heart of gold. At times the acting is fake and overdone, but at the heart it’s vulnerable and warm. The kids helped, and there’s undeniable chemistry between the leads. Not to mention the second male lead looks like Adonis… if he ever shaved the little garden he grew on his chin. Still, off the radar hot.

Here’s Episodes 1 (I hate the first episodes, they are so introductory and BORING. It’s like meeting new people and having to be nice, and once you decide they’re actually worth it, the mask comes off)

END_OF_DOCUMENT_TOKEN_TO_BE_REPLACED

Yun Xi and Xue Yuan goes back to the Little Empress’s palace. They see that per the dowager’ orders, the maids and eunuch are all being slaughtered. Yun Xi faints in shock. She realizes that she wasn’t able to protect Shen Er and cries bitterly. The Emperor comes for her secretly and comforts her. He explains that he owes her a favor, so he’ll do anything for her.

END_OF_DOCUMENT_TOKEN_TO_BE_REPLACED

World of beauties isn’t doing much for me. For one thing, the quality of the video sucks and I really am not emotionally invested in the story. However, there is a beautifully shot and written story that might be competing with World of Beauties. Here is a short recap END_OF_DOCUMENT_TOKEN_TO_BE_REPLACED

The Emperor clutches the handkerchief and laughs bitterly, telling the Dowager that it was he who told the dead concubine to sew him something. She didn’t know how, which is why the stitching on the handkerchief was so weird, not because she was a spy. The Dowager tells him that she needed to make sure that every possibility of treason was found, no matter the cost. It’s so sad that she is so suspicious of everyone and knows that one misstep, her power and her son’s power will be gone for good.

END_OF_DOCUMENT_TOKEN_TO_BE_REPLACED

She’s not nice! she’s not nice! words cannot describe my joy at Mei Nian not being nice. I thought this drama was going to make her one of the disgustingly nice heroines… thank goodness that’s not happening. From a historical point, its a relief, because no woman ruler got to rule because she was a nice, passive person. Elizabeth the first  killed her own cousin and I can point to other significant historical figures, but I’m sure everyone just wants to read about the drama.

END_OF_DOCUMENT_TOKEN_TO_BE_REPLACED

For those of you who don’t know the back story, Wu Ze Tian who was first known as Mei Niang, was a concubine to two emperors, father and son. Why is it that we never stray too far from these strang relationships (look at the emperor and his “empress” in Schemes of beauty and you’ll understand) I dunno. Anyways, Wu Ze Tian did actually have a daughter and the daughter did die. HOW the daughter died and why so mysteriously has always been a mystery, some say palace women jealous of Mei Niang did it. Some say that she did it herself. The truth is, as always in dramaland, irrelevant.

END_OF_DOCUMENT_TOKEN_TO_BE_REPLACED

The last two months have been pure and utterly torturous. My apologies to those who read my posts and expected more. I will be more fastidious in the coming months. Okay. So we let off with Yun Xi being taken away by the dowager empress and we open the episode with Yun Xi kneeling outside the Empress’s palace. 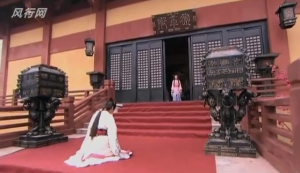 END_OF_DOCUMENT_TOKEN_TO_BE_REPLACED

1. Gong 2 (Gong 1 was time traveling boys over flowers meets old chinese royalty meets palace intrigue) I can’t wait for the stuff they would come up with in Gong 2

2. Mei Ren Tian Xia (World of a Beauty) The only female king in all of chinese history, she’s pretty badass as rulers go. And she comes with a crap load of baggage. Plus it’s got a lot of pretty clothes and men to look at, if the intrigue, death, violence, and bitchiness is not enough. It’s like the Jersey Shore of the Tang Dynasty 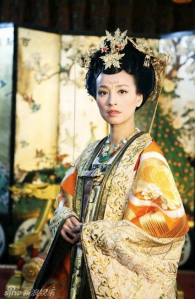 1. Skip Beat: Two very hot stars fighting for one girl. Of course this one will be highly addictive. Plus if you don’t find Choi Si Won hot, you have problems. 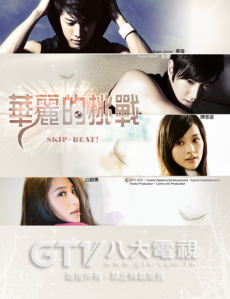 2. Coffee Prince Taipei (I may not love you). I don’t really have to explain this one. It’s coffee prince, in chinese. If you don’t know the plot, go watch the korean version first.

I wish Hu Ge acted in happier dramas. He’s one of my favorite actors but the man-boy doesn’t act in anything remotely happy. I feel like I have to take Xanax after I finish one of his dramas.

Forty episodes. Oh dear. This means that my writings skills better improve or else this thing will get as dry as a raisin. That being said, the quick synopsis is that this is the story of Dou Yun Xi, an empress of the Han Dynasty. This is the story (highly glorified and very beautifully shot version) of how she came to be the Empress and a very interesting retelling of history (some accurate, other parts laughably not)

So now that we know that Shen Er is a prostitute and she fell in love with a very handsome man (where we left off last time) we can continue. In the whorehouse, Shen Er dives off the balcony and the man follows they end up in the river below where he pledges his eternal love (pfffft. this isn’t pretty woman, it’s ancient China. And as much as I want this man to get with Shen Er, I know better than to listen to the words of a overly good looking guy)

END_OF_DOCUMENT_TOKEN_TO_BE_REPLACED

Well, since I am descending into the depths of drama world, I might as well do it in style. The laws of supply and demand apply not to me. Because this is not a well known drama, but golly gee whiz of a kid, this is good. It’s different. And it doesn’t end with the heroine marrying a rich man and living happily ever after. It deals with class issues and it’s cute. Those are the good points.

We start with a dying woman telling a story on her deathbed. They flash back to the past, and a woman carrying a child in the rain runs up to a house.  We meet the lady  of the house, who is told that the child is her grandaughter, a product of her son and the other woman’s daughter. They woman leaves the child with the other grandma and leaves, crying to herself.  She later goes home and tells her daughter that the little baby she had borne is dead. The daughter/mother of the child leaves the country, heartbroken and angry. 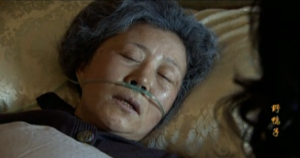 She goes to the home of her first husband, who she had the baby with and sees a girl waving an arm out the window of the buiding. She immediately recognizes her first husband and thinks that this is her long lost daughter. She overhears the girl’s name, Ting Ting and sees that Ting Ting is leaving her house. The lady tells her driver to follow the girl.

The driver, Yang Shun, finds that Ting Ting and her friend are at the employment office. He asks if they are there to find jobs, to which ting ting’s friend retorts, “We aren’t here to buy clothes” He hits himself for being an idiot and tries again. He asks if they want good jobs and offers jobs at where he works, which is the lady’s real estate office. The girls retort that they’ve been offered scams like this before and that they won’t fall for it again. At this, Yang Shun climbs over the table and tells them to do the research. He gives them his name card. The girls tell him that both of them have to be accepted, and that wherever on person goes, the other follows. Yang Shun’s face kinda says it all… it’s a WTF have I gotten myself into face. 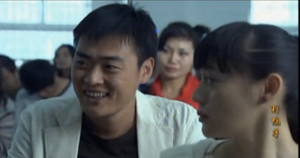 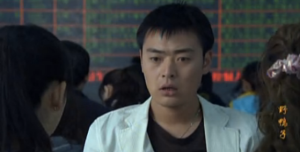 I think I’ll stop here for the day.

This drama is good and bad at the same time, but best of all, it contains Zhang Tong. A man-boy who is not only a great actor, but is easy on the eyes. And while I do have a lot of asian actor crushes, this one is actually good at acting.