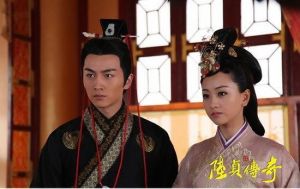 Once Gao Zhan loves, he Loves. And this makes him such a good character that I want every other man in drama-dom to follow his lead. To hell with the consequences, bring on the pain, he’s committed to one woman and one woman only. However, that doesn’t mean he can forget the past between him the the Royal Concubine Xiao. But what he acknowledges and she stubbornly resists is that their story is over.

Gao Zhan is preparing to go to the County of Yue where his sister is and bring her back to the palace. He asks the Emperor to protect Lu Zhen and goes back to his palace to prepare. Royal Concubine Xiao comes to speak with him. She grabs him in a hug and asks why is he leaving? Is he taking Lu Zhen and running away? She knows that he still loves her, and she still only has him in her heart. 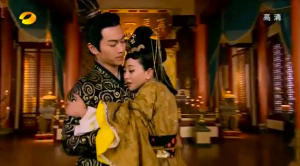 Gao Zhan allows himself a moment of weakness, and allows her to hug him. But he wrenches himself away and tells her no. He likes Lu Zhen because Lu Zhen can love and hate, her heart is pure and she isn’t swayed by power or wealth. 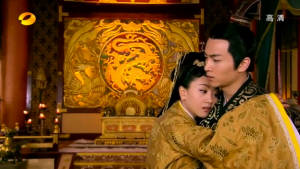 Royal Concubine asks why he said that, he knows that she had no choice but to marry Gao Yan, the emperor.

Gao Zhan says that he knows it’s not her fault, that’s why he doesn’t hate her. But that doesn’t mean he loves her either. It’s been years and they are different people now, they can’t ever be together. Royal Concubine tells him that yes, they are different people, but she was his fiance to start with and she’s liked him since twelve. All she asks is that he never loves a woman again, if he can’t do that then she won’t control herself either.

He tells her that she can’t touch Lu Zhen, he only likes her and she doesn’t like him anymore. Royal Concubine assures him that she won’t do anything to Lu Zhen (subtext: she won’t but others might). Gao Zhan Leaves.

Lu Zhen hears that Gao Zhan will be gone for a long time, and while she does look concerned she can’t bring herself to speak to him.

When Gao Zhan leaves, Royal Concubine Xiao looks after him longingly and remembers the years past. 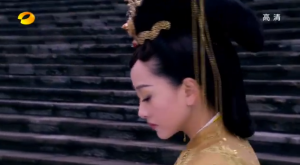 She was still the Eternal Princess, Xiao Huan Yun then and she had just gotten the news that her father wants her to marry Gao Yan instead of Gao Zhan. Huan Yun is enraged and asks why, she loves Gao Zhan and will never marry Gao Yan. But Wang Shang Yi tells her that her country, the Kingdom of Liang is failing, her father is barely holding onto the throne.

Her father had sent her to the Kingdom of Qi to be hostage in name only, when in reality he was protecting her from the grasps of a greedy minister. She needs to marry Gao Yan because his mother, the Concubine Lou (the Current Dowager empress) promised her father armies.

Huan Yun wants to go to the Emperor, Empress, or Gao Zhan for help and Wang Shang Yi stops her. The Empress (Gao Zhan’s mom) is dying, and the Emperor will probably help the greedy minister. Emperors only acknowledge power and Huan Yun’s father is weak. Since her father has bought her nearly six years of happiness, she needs to marry Gao Yan and save her country.

Huan Yun promises that she’s going to fake marry Gao Yan, but she’ll run away with Gao Zhan once it’s all over.

Huan Yun sits on the marital bed as Gao Yan happily comes to lift her veil. She puts a knife to his throat and tells him to sit quietly. They hear that the Empress as died. 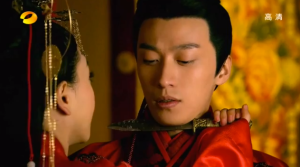 Meanwhile Gao Zhan’s mother is dying and Gao Zhan arrives to see her in her final throes. She tells him that she’s not sick, but has been poisioned by Concubine Lou, whose schemes had passed unnoticed. 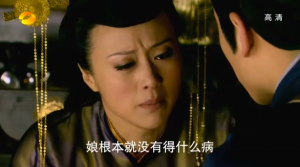 Gao Zhan wants to go and tell the Emperor, but Gao Zhan’s mom tells him that Concubine Lou probably has back up plans and she is too powerful in the inner and outer courts.  She had Huan Yun married to Gao Yan so that their child can inherit Huan Yun’s kingdom. Gao Zhan  needs to grow into a man and fight back then. 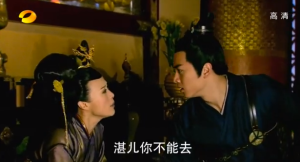 He can’t trust anyone but Uncle Zhou, he can’t even trust his own father. She warns him not to fight for Huan Yun and let Gao Yan have her. She dies with Gao Zhan in complete desolation. 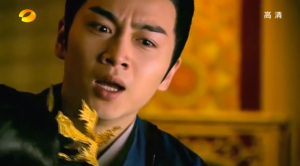 Gao Zhan goes to talk to his father, who lets him know that he knows who has had a hand in Gao Zhan’s mom’s death. But he, as an Emperor, is powerless to do anything at this point. The Emperor also warns Gao Zhan to not fight for Huan Yun. Gao Zhan promises himself that he will kill Concubine Lou. 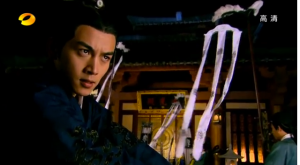 Huan Yun is pounding Gao Zhan’s door for hours, begging to see him. Gao Zhan goes out and sees Huan Yun and Gao Yan in the pooring rain. Huan Yun asks if Gao Zhan doesn’t want her anymore and Gao Zhan shots back that its she who doesn’t want him.

She asks that he run away with her and he refuses, he says that now that the woman he loves is married to his brother, all that he has is a promised throne. 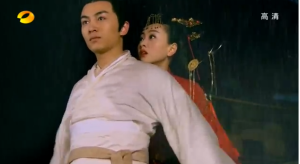 Huan Yun, in front of Gao Yan tells Gao Zhan that he is the only man she loves, she doesn’t love Gao Zhan. 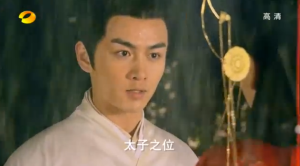 Gao Zhan tells her that they are over and Gao Yan punches him, telling him to elope with Huan Yun, that Gao Yan will bear all the consequences. Huan Yun is shocked but all Gao Zhan smiles sadly, saying that this is the first time Gao Yan has ever fought with Gao Zhan.

Gao Zhan tells them that he knows everything that has happened, that Huan Yun is not to be blamed. But if he and Huan Yun elopes, what does Gao Yan think will happen if Huan Yun leaves, what of her country? 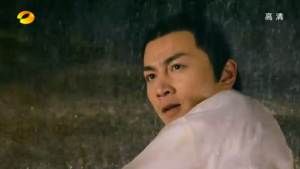 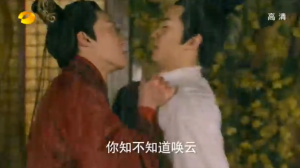 What of their own country and the shame it will bring? Gao Zhan says that he is not a heartless bastard, but he has accepted what the fate has handed to him and Huan Yun.

He begs that Gao Yan take care of Huan Yun.

Thoughts – I think that Gao Zhan’s rock and hard place kills him on the inside. He gets why Huan Yun married his brother, but on some level, he does blame her for choosing to marry Gao Yan. His hurt is compounded by the death of his mother and how he can’t do anything to avenge him. On top of that, he’s not allowed to fight for the woman he loves, with the brother he adores.